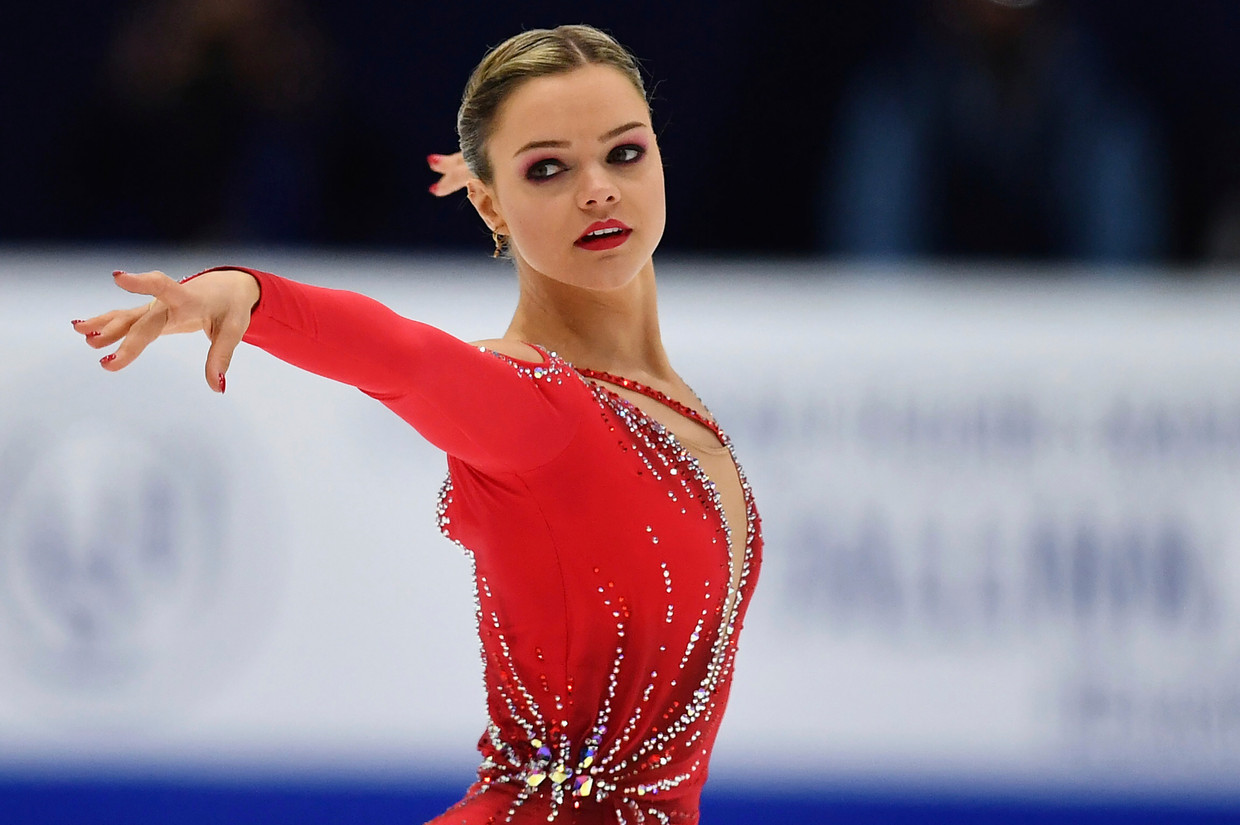 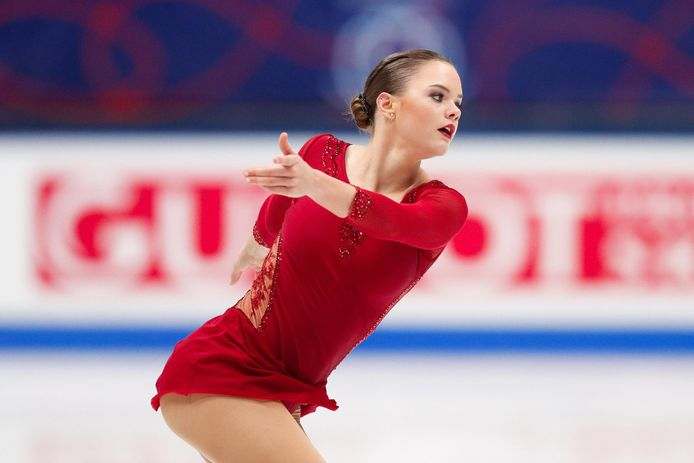 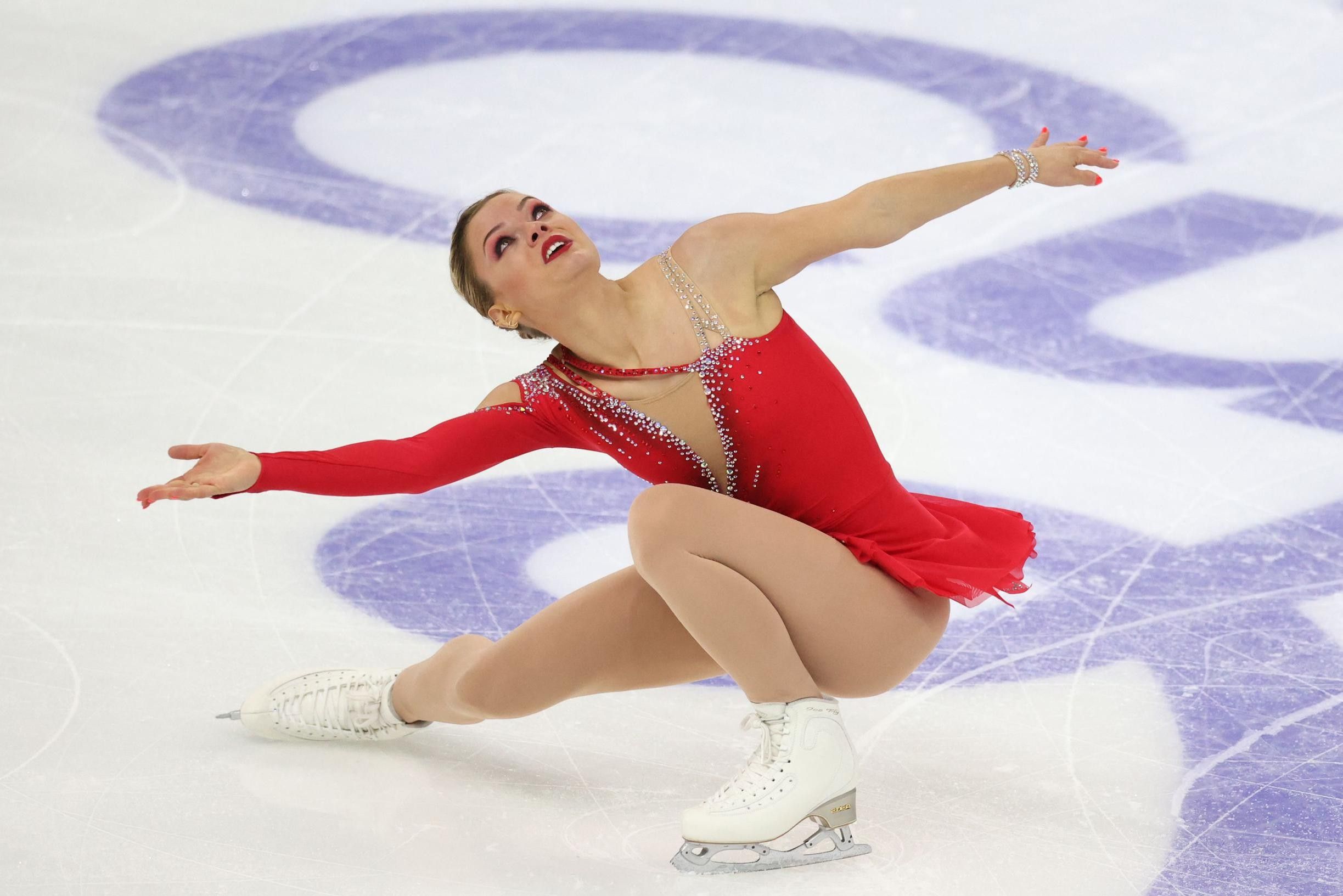 Loena Hendrickx has closed her Olympic Winter Games in beauty with a nice free freestyle. The figure skater takes home an Olympic diploma in 8th place. "I can now say that I belong to the best in the world."

"I want to prove that my free kur can be flawless, like in training. It's going to be fight, fight fight." Loena Hendrickx remained combative after her short freestyle on Tuesday. Due to a small mistake she was currently in 7th place.

But Hendrickx had to surpass herself if she still wanted to advance to the top 5. The Arendonkse needed a personal best in the freestyle, because the difference between numbers 5 and 8 was barely 4 points for the freestyle.

Hendrickx started strong, but a Salchow didn't come out quite right. Her only flaw in a clever exercise. A small frown at the end showed that our compatriot could have done even better. "I died", she whispered in the ear of her brother and coach Jorik.

Hendrickx received a score of 136.70 from the jury for her free freestyle, which is somewhat below her personal best of 145.53 points. With a total score of 206.79 points, she finished in 8th place and will receive an Olympic diploma.

Her personal best from last November at the Gran Premio D'Italia (219.05 points) was not lost, but Hendrickx does better than her 16th place of 2018 in Pyeongchang.

Hendrickx already had a different feeling than after the short freestyle. "Now I had the nerves I needed. I was very good in my focus and the healthy nerves were there."

After her 7th place in the short freestyle, some mental work was needed. "I was really disappointed, especially when I saw the detailed scores. I was really bad for a while and didn't feel well mentally."

"But this morning I woke up and I thought: I'm here, I love this sport so much, I just have to enjoy and fight."

I am very proud to have an Olympic diploma. It's too crazy for words.

And our compatriot also did that with a nice free freestyle. Doesn't she sometimes set the bar too high? "I noticed that myself," she admits. "My short freestyle was certainly not bad, not at all. But I was so disappointed that I couldn't place it myself."

"A perfect exercise? We'll keep that for the next Olympics. Top 8 has certainly already been achieved, that was also my goal. The media went a step further, but I knew that top 5 or even top 3 was not feasible ."

"I am very proud that I have an Olympic diploma. It is too crazy for words. I can now say that I belong to the world top. That is crazy for figure skating in Belgium. So I am certainly proud." 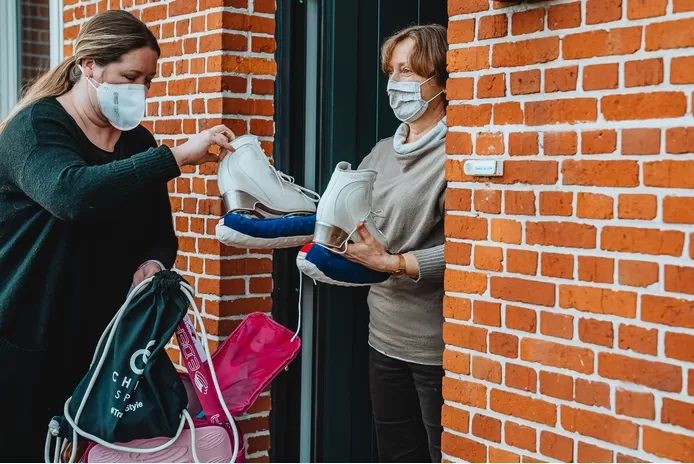 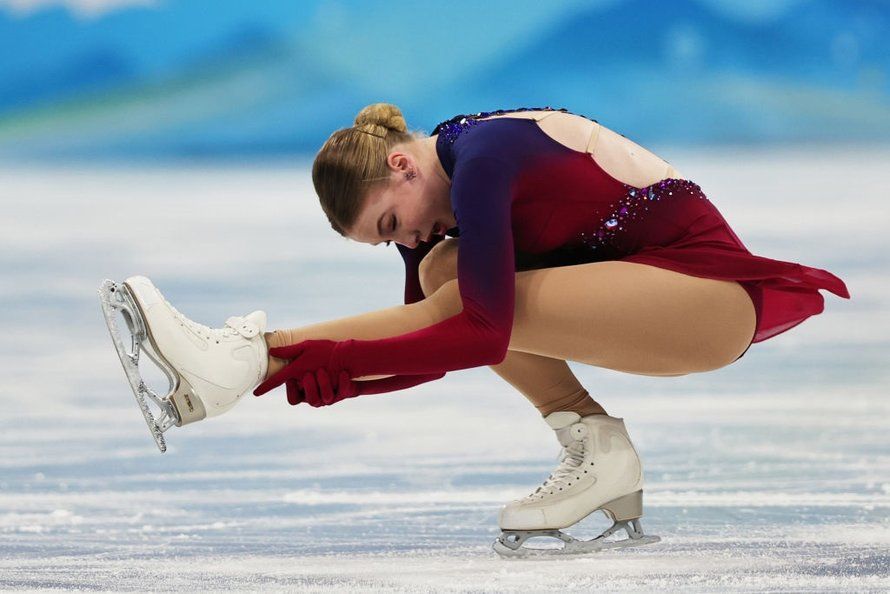 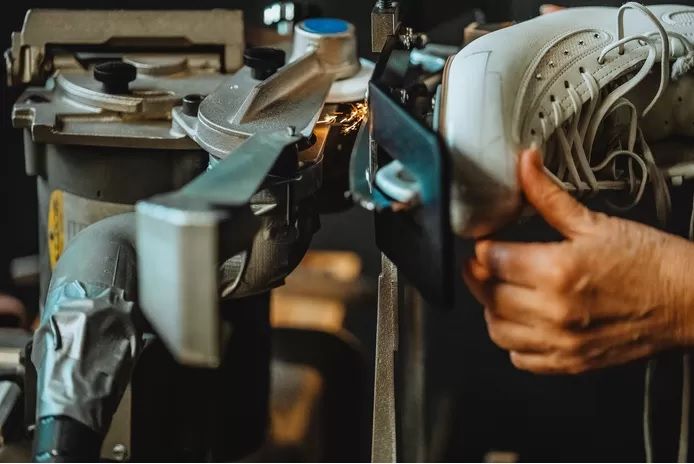 Olympic figure skater Lindsay van Zundert is currently finishing up in Heerenveen before flying to Beijing on Wednesday. In the meantime, mother Chantal and grandfather Geert drove this weekend between Etten-Leur, Heerenveen, Pulderbos, Heerenveen again and back home about 1000 thousand kilometers to have her skates sharpened one last time.

"It's the last stretch for us," Chantal Vervuren realizes when she returns to Heerenveen with her father Geert on Sunday afternoon with a pair of finely sharpened skates from the Flemish Pulderbos. There daughter Lindsay will tie the irons back on Monday for one of the last training sessions before she is on her way to her Olympic debut in Beijing.

Since her eldest daughter became under the spell of figure skating, the whole family has had to take action. She has to be driven to training in Belgium, The Hague or Den Bosch almost daily. And then there are the countless evenings and afternoons that my daughter is expected at ballet class, yoga, the gym or at the physiotherapist's. In recent weeks, the various television and other media appearances have also been added. ,,I think we have driven 40,000 kilometers from April alone”, says Chantal Vervuren.

Nothing is too much for the Etten-Leurse family when it comes to the career of the teenager, who has succeeded in having the Netherlands present again at the Olympic figure skating tournament for the first time in 46 years. So last weekend they drove without hesitation from Etten-Leur to Heerenveen to pick up Lindsay's skates and have them sharpened in the Flemish Pulderbos. From there it went back to Heerenveen with the sharpened irons and after a cup of Frisian coffee it went home again. “Tomorrow at 4 a.m. the alarm will go off again to go to work”, says grandfather Geert.

The fact that the skates still had to be sharpened has of course to do with the fact that the material also has to be in tip-top shape for the Olympic debut. Sharpening the irons has been left for years to the Flemish Karin Ronne, who learned the trade from her father. Ronne does not dare to agree, but there is no better one in Belgium. What makes her so good? "I don't know that myself," he says modestly. ,,You just have to grind the irons perfectly hollow. Because the riders always skate on one side.”

Lindsay van Zundert has been staying in a kind of bubble in a hotel in Heerenveen for almost a week. Grandma Sonja is there to give her a bit of a home feeling before she goes to Beijing for almost three weeks. Getting used to that for her mother and sister Fay. "That's why it's nice that we could see her for a while. We won't really say goodbye until Wednesday at Schiphol.” However, physical contact is prohibited to avoid the risk of a dreaded covid infection. ,,Actually, I haven't had it so quiet in the past week', Chantal Vervuren realizes. “So these rides could still be added.”